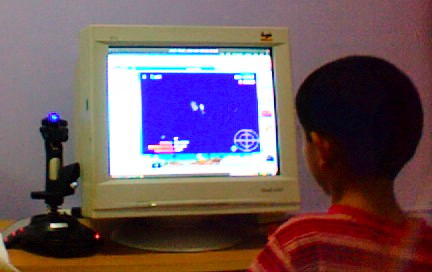 My son, Kyan, is nearly five years old and he has recently developed a liking for those simple games made with Flash technology which now abound on the Web.

While watching him today while he was playing a simple 2D game involving an F/A-18 shooting on enemy aircrafts, I realised that I did the same thing 20 years ago but, at that time, the game required a dedicated computer (I had an Amiga 500 then.) Now, any computer running any operating system (Kyan is a Linux Mint user!) and featuring a decent browser (Firefox 3) can run similar games while doing a lot of things in parallel.

Time flies. Technology changes. And, fortunately, it is still possible to have a lot of fun with a computer playing simple games :-)

[PS: Sorry for the poor picture…]

A new look and orientation

Our best photos of India