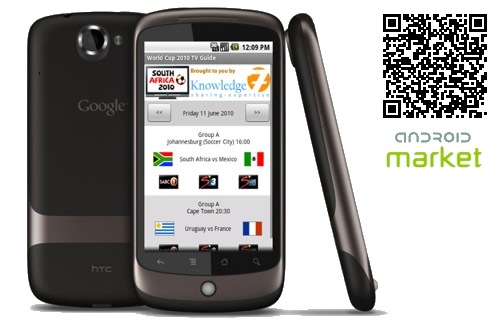 I got my Google Nexus One exactly two weeks ago (Thanks Alam and Dassen!) and I became a fan from the very first sight. The hardware is fantastic and the operating system, Android, which I upgraded to the latest 2.2 version on the same day, is excellent. It is built on Linux and provided all the features one can dream on a smartphone. Let’s just say that it easily matches whatever exists elsewhere…

Android smartphones are programmed using Java using the Eclipse IDE. As you all know, I am somewhat of a Java buff myself and I love Eclipse and all the Java opensource ecosystem. The application itself is not very complex yet I had to spent a few days to understand how Android deals with user interface layouts (DroidDraw helped a lot) as well as with the built-in SQLite database.

Interestingly, I never felt constrained even though I was programming for a phone instead of a PC. The Nexus One is really a powerful device. And it runs Java so well that, now, I know why I spent all those years reading Java books and programming for fun up to 2am :-)

Who knows? When I bought my Amiga 500 around 1988, it came in a box on which was written “Your Imagination is the Limit” and this really made me understand how malleable and powerful a computer can be when programmed correctly. I am really looking forward to learn how to develop more powerful Android application.

In the meantime, download “World Cup 2010 TV Guide” in the Android Market. And have fun with it!