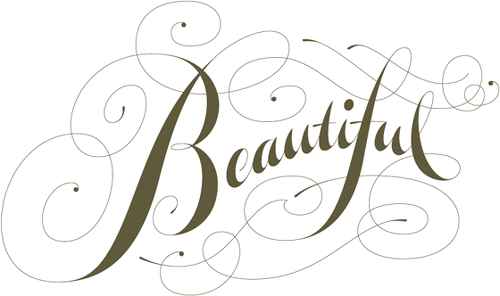 I am using Fedora 24 now and I have replaced freetype-freeworld by freetype-infinality. The font rendering looks absolutely fantastic. I have followed this guide.

I love Fedora Linux and I love beautiful fonts. And, to be frank, these two do not easily love each other.

I’ve tried learning the complexities of subpixel rendering and bytecode hinting using freetype, I got fonts from our friends in Redmond and dabbed with infinality, which is a set of patches for freetype.

infinality worked really well until I realised that some software, especially Gimp 2.8 which I use on a daily basis at Knowledge Seven, do not work very well with it.

You don’t need Infinality for pretty text rendering in Fedora. Here’s how to do it.

You may have noticed that fonts appear jagged and generally terrible-looking in Fedora 17 (and possibly in 18) while they appear smooth and lovely in Ubuntu. Both distributions use freetype for their renderer (kind of), though with different default settings.

The first step is to upgrade from the default freetype package to freetype-freeworld from the RPM Fusion repository. This version of freetype makes use of RGBA subpixel rendering which isn’t included in the default package for, uh, licensing reasons maybe?

Next, use gnome-tweak-tool to set Font Hinting to “None” and Font Antialiasing to “Rgba”. But that’s not all! There’s one more setting that Tweak Tool can’t set.

Create a file called .Xresources in your home directory. Its only contents need be Xft.lcdfilter: lcddefault which actually enables the subpixel rendering.

That’s it. I works great and I’m now looking at gorgeous fonts on my Fedora Linux laptop.

I couldn’t install the latest version of the Liberation fonts though because of Wine. I’ll try later.

[Thanks to Cuong, I did it, at the end, by downloading the Liberation 2.0 TrueType files and overwriting the existing Liberation 1.0 files in /usr/share/fonts. Then I changed my default font in Chrome to be Liberation and used the Stylish extension (with this script) to have this gorgeous font in Gmail, Facebook, Twitter, etc.]

[A second update: Some fonts from our friends in Redmond (e.g. Calibri) look crap at small sizes because of the bitmaps embedded in them. To make freetype ignore all these crap bitmaps, put the following in, say, ~/.config/fontconfig/conf.d/10-ignore-embedded-bitmaps.conf:

[A third update: Arial is a crap font when rendered onscreen (it’s not bad when printed though — but Helvetica is way better) and it’s a pity that so many websites use that font as their default font. The following freetype configuration (in, say, ~/.config/fontconfig/conf.d/10-replace-arial-by-liberation-sans.conf) replaces Arial by Liberation Sans (which is gorgeous) throughout: