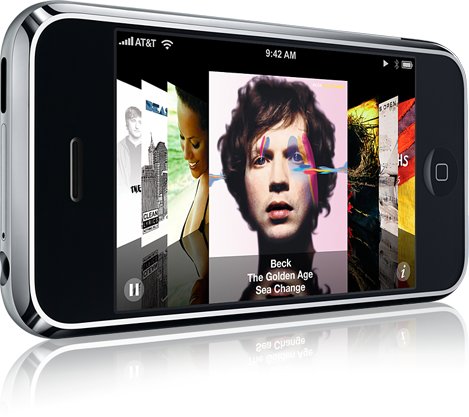 Steve Jobs has done it again. He “invented” THE computer and THE MP3 player and now he has created THE mobile phone (people tried before him, and they kind of succeeded, but not like Apple…)

Once more, Steve Jobs and his team of supermen have created something that is (i) beautiful, (ii) powerful, (iii) innovative and (iv) will sell indecently well!

Reviewers are raving about the iPhone.

Yesteday, I watched the official iPhone guided tour together with my colleague Pascal Grosset (who is a graphics guy) and we were astounded. When I showed the tour to my parents and Christina, they were all fascinated (even though my father did not really understand the necessity to have (i) music, (ii) photos, (iii) videos, (iv) a browser, and (v) email in a phone – I kept telling him that this was no ordinary mobile phone but a new kind of device)

I can only conclude: “Well done once more Apple!”

And: “I want one (but I know that this will take some time but I am patient. I waited years to buy my MacBook :-) )” 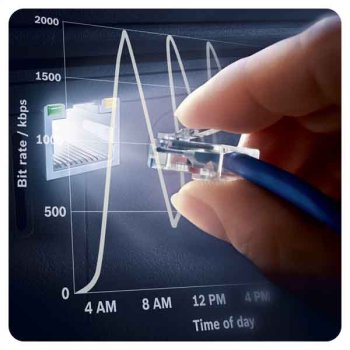 I want to do a study of the real bandwidth that we get through our ADSL connections in Mauritius. I want to show that we are getting only a subset (I would say < 40%) of what we are actually paying for. I want to do the survey over 7 days (from Monday to Sunday) on at least 5 different ADSL lines (i.e. I need 4 volunteers). I think that we can time how long we need to download a 1Mb file from the US and Europe at different times (say, around 8:30, 16:30 and 22:30) This will obviously produce 5 x 7 x 3 x 2 = 210 different bandwidths which when averaged will produce a pretty good estimate. Who wants to help? I need 4 people with MyT at 256kbit/s. It would be best to start the experiment on Monday 2 July to cater for the 1Gb limitation. As you can easily calculate, the experiment will only use 7 x 3 x 2 x 1 Mb = 42 Mb of your 1Gb quota... There is an ongoing discussion on Facebook on this. 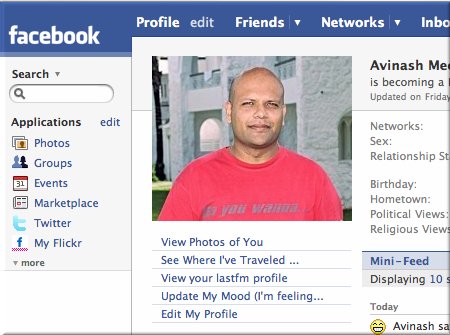 Like many many people all over the world, I’ve finally discovered Facebook! It’s (obviously) one social networking site but with a twist: it has a 100% public and open API which enable anyone to enhance the site. And guess what… Facebook features more than 1000 user contributed “applications”…

Consequently, it seems that everyone who is someone on the web is moving to Facebook.

For example, I’ve set up my own Facebook profile and we can be friends :-)

Last week, I met Marc Israel and Patrick Beeharry both from Microsoft and we talked about the lack of general awareness of Web 2.0 among Mauritian individuals and companies (Of course, I’m not referring to young people here as we all know that they are fully aware of those things :-) )

What we realized is that we should organize a kind of workshop by the end of the year where anyone willing to talk about Web 2.0 could do so. The fact that those two are from Microsoft is only a coincidence. They are interested in Web 2.0 as I am (i.e. out of curiosity and passion and not because they are being paid to be interested if you understand what I mean).

In order to start identifying those willing to help and participate in the workshop (and in order to start some preliminary (i.e. cool) discussion on Web 2.0 in Mauritius), a group has been setup on Facebook called GetMoBlog (that name was chosen by Marc Isreal and refers to the fact that most people interested in Web 2.0 have a blog…)

Come in and let’s start the cool discussions! Everyone can participate!