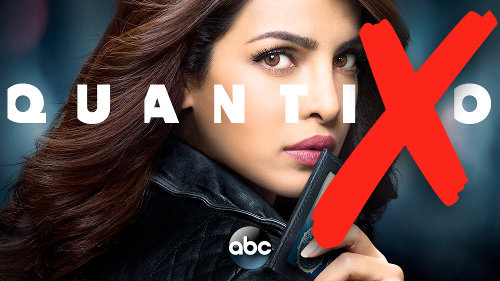 A few weeks ago, we stumbled upon Quantico, described on IMDB as being a look at the lives of young FBI recruits training at the Quantico base in Virginia when one of them is suspected of being a sleeper terrorist. Not bad we thought. The fact that the main actor was Indian actress Priyanka Chopra, was also something which was interesting.

I quickly obtained the first six episodes and, during the past days, Kyan, Anya, Christina and I have been watching them.

Our verdict: Quantico is not for us and we have stopped watching it

Here are three reasons why we do not like Quantico (in no particular order):

Now, this is just what Kyan, Anya, Christina and I think about Quantico. Our opinion is just ours. Feel free to form your opinion yourself.

A regular expression to check for prime numbers