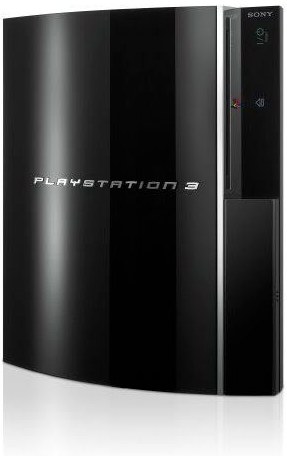 We use it to play games as well as a media center. It’s fully upgraded to the latest Sony firmware (i.e. 4.11).

I would like to get an E3 Flasher and install it properly in my PS3 and I don’t want to do it myself. Anyone provides this kind of installation service in Mauritius? Feel free to contact me on 493-9394 or avinash AT noulakaz DOT net.

An update: Strictly speaking, I don’t need an E3 Flasher. I only want to downgrade my 4.11 firmware to 3.55 so that I can use homebrew applications like Multiman. Who does this in Mauritius? One year ago, we made a memorable trip to the USA.

During the few past weeks, I have realised that this trip really opened my eyes on how things can be made better here in Mauritius. For instance:

In the USA, people are friendly

This is also the case in the other large countries I’ve visited (e.g. South-Africa, France, Thailand, etc.) It seems to me that the larger the country, the friendlier the people. I guess people are friendly when they feel strong (which is obviously the case in a large country with a large population). For example, people readily engage in conversation in lifts or in buses there…

In Mauritius, we are very shy. We do not talk to “strangers”. According to me, this causes a lot of stress (because nothing is better than socialising) and missed opportunities (on every levels — friendship, business, etc.)

I would love people to be more engaging here. Nothing beats talking to other people.

In the USA, people do

This one is obvious. The USA is the land of the entrepreneur. Just ask Steve Jobs or Bill Gates who both stopped university to launch their own businesses with some success some may say.

People do not dream of joining the government sector there and becoming a public servant. Instead, people there dream of becoming successful and amassing wealth by creating their own companies. Some succeed. Some fail. But those who fail are not stigmatized: in fact, they frequently get another chance to try. Risk-takers are revered in the USA.

Here in Mauritius, young people full of talent are being put in cubicles and asked to stop dreaming. And, unfortunately, some do. In the long run, Mauritius will suffer. Only dreamers (re: Gandhi) make society evolve by doing things differently from others. People here should be encouraged to launch their own companies and should not be stigmatized when they fail (Heck, they all do: Steve Jobs was thrown out of Apple at one point!). Banks should really help those who want to be risk-takers. And the Government, instead of only helping companies which already have turnovers in excess of Rs 20 million, should help those with a turnover of Rs 0 instead!

In the USA, people learn

When free, people in the USA can opt to go to museums, libraries, talks, conferences, concerts, parks, art galleries, etc.  to cultivate themselves. Of course, some stay in front of the TV watching reality shows but my point is that the others have possibilities.

In the process, those who want to know more get to know more. This can only be a good thing. I’ve always thought that kids should be exposed to all kinds of stimuli. We don’t know what talent they have. We don’t know what work they’ll do. Maybe the work does not exist yet! The best way to prepare them for the future is to expose them to different things. Of course, adults benefit from this too: so  many people have created great things after being inspired by others.

In Mauritius, we don’t have a lot of museums, libraries, talks, conferences, concerts, parks, art galleries, etc. People really need to become more knowledgeable, need to become more skillful and need to discover their own inner talent. The Government should realize that the only way to make Mauritius a knowledge hub is through knowledge. Right now, the knowledge hub is a vague abstraction with tall buildings, lots of commissions and ribbon-cutting inaugurations. The crime being done at the University of Mauritius needs to stop!

In the USA, anyone can say anything

This is guaranteed by the First Amendment of the Constitution there. People have freedom of speech and can basically say anything. Some people talk shit, some talk nonsense and some, through their words and emanations of their minds, change the world: artists, professors, entrepreneurs, inventors, bloggers, etc. In a way, this explains why people are friendly in the USA: they have always been encouraged to say what they have on the minds and, consequently, welcome conversation.

Here in Mauritius, we are not allowed to say whatever we would like. There is a law in Mauritius, the Official Secrets Act, which disallows civil servants from having an opinion and making it known to the public. Kids are routinely told to shut up when parents are talking. Politicians talk and never listen. Of course, people do talk here but, sometimes, they just engage in endless discussions e.g. on politics or on Liverpool vs Manchester United but without any real purpose or objective.