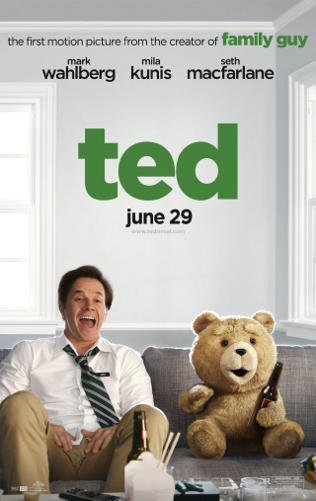 Just finished watching Ted with Christina and the kids and we all loved it!

It’s a hilarious movie on a 35 years old man, played by a very good Mark Walhberg, having, as best friend, a teddy bear named Ted! As you can easily guess, his girlfriend, played by the gorgeous Mila Kunis, is not at all happy about this bizarre situation.

Mind you, this movie is not really a movie for kids. Ted swears, talks bullshit and even has “sex” during the movie. So be prepared to ask your kids to close their eyes while you mute the sound track from time to time. Nevertheless, some of the scenes like the one with Flash Gordon or the fight scene are fantastic!

Merry Christmas to all of you :-)

Gangnam Style is the most popular video on YouTube ever… as if I needed to tell you.

Interestingly, one of the reasons this song and video are so popular is that PSY, the author, does not try to stop copycats. Thousands, including people here in Mauritius, have done their own interpretations of the song and posted them on YouTube. This has contributed massively towards the buzz for the official video. Naturally, PSY has managed to earn quite a lot of money, mainly by participating in TV commercials in Korea and elsewhere.

Piracy actually has helped sales and made an artist earn his living very very decently. Food for thought.

The video has just reached 1,000,000,000 (1 billion) views on YouTube on 21 December (yeah, the day the world was supposed to end…) Read this very informative article on what Psy raps about and what Gangnam means.

All young people living in towns need to vote for the Municipal elections tomorrow. You live in a town and, as a adult, it is essential for you to have a say in how you want your Municipality to be managed and what kind of services you expect to obtain.

Tomorrow is a unique opportunity for young people to directly influence the future of our towns and, ultimately, of the country at large.

It's nice being nice