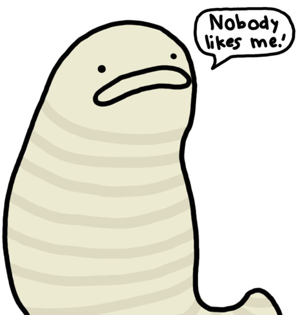 I just stumbled upon this nice blog entry (what else!) entitled The Truth Is, Nobody Cares About Your Blog unless you give your readers at least some of the following:

Of course, I blog less now. But I try to adhere to the above when writing posts.

(PS: I borrowed this nice drawing from Nathalie Lee) 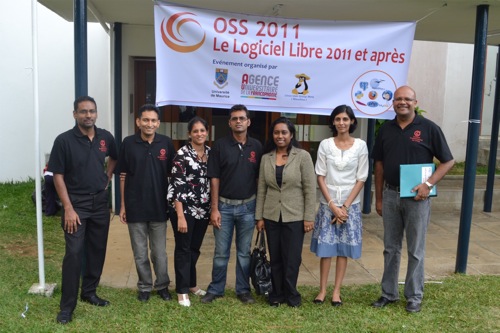 Thank you to all participants for making this seminar on Open Source Software in Mauritius such a success.

All the members of the organising team (from left to right: Vara Appavoo / UoM, Ajay Ramjatan / LUGM, Begum Durgahee / UoM, Anwar Chutoo / UoM, Jayantee Gukhool / AUF, Anuja Appavoo / UoM and Avinash Meetoo / LUGM) worked really hard to get everything right. Of course, we were far from being perfect but, still, we were happy as all of us, organisers as well as the numerous participants, learned a lot during the day and met interesting people.

Special thanks to LUGM members who were present on that day especially Logan Velvindron who talked about how he has managed to mitigate the effects of denial of service attacks in OpenBSD. Special thanks also to Ajay Ramjatan who brought his own computers to demonstrate a variety of Open Source Software to the participants. His focus on multimedia software was a refreshing change from what we generally are shown during such an event.

The presentations from institutions like the MIE and UoM were very interesting as well as those from the other students (I was very impressed!) and private companies.

Of course, I loved the interactive session from 13:30 to 15:00. I had the pleasure of being the chairperson for that session and I found the discussion very lively and enriching. I loved how young people and older ones (like me…) could share the same kind of vision for our beloved country.

In three weeks, Anwar Chutoo and his team will finalise a report on the conclusions reached during the event which will then be circulated to all participants.

Once again, thanks to all who helped: organisers, presenters as well as participants.

(Thanks to Irfaan Lamarque for the nice picture)

As you all know, Kyan, Anya, Christina and myself visited France, England and the USA in April and May. Of course, we couldn’t prevent ourselves from taking hundreds and hundreds of photos… It took us nearly two months to choose the best among them and upload those to our Flickr account.

Here are our best memories from our visit to France, England and the USA: It all started when Christina left Mauritius on 19 March to go the USA for work. There she met people from various countries and they traveled through some very well known cities and places: Kyan, Anya and myself went to Paris in France to (try to) obtain a US visa. After more than ten years, I met my uncle, Matchuk, and his wonderful wife, Angela, and daughter, Maya. Yeah! We have our US visa! Kyan, Anya and myself took a plane from Paris and flew to San Francisco on the West coast of the US to meet Christina. We flew over Greenland to reach there!

We spent a few days in the middle of the Silicon Valley: at Audrey’s place in San Carlos as well as with Nawaaz, Failah, Adam and Sarah in San Leandro. We arrived in Los Angeles at night, checked-in in a nice hotel on Sunset Boulevard, a road which is parallel to the world renowned Hollywood Boulevard. During the next few days, we were tourists in Hollywood. And it felt like a dream. We took an American Airlines flight from Los Angeles to Washington DC and crossed the entire United States. On arriving at the state capital, we were met by my dad’s cousin, Navin, and his lovely wife, Kavita. We had a lot of fun together during the next five days. We reached the Big Apple in a glorious sunlight on 24 April. Navin and Kavita accompanied us on the first day there and we were glad to have them guide us in this mad city (in the good sense of the word). We were exhausted when we arrived in Paris yet we had quite an excellent dinner in a small French restaurant with Matchuk, Angela and two of their friends. We arrived in London the day following the Royal Wedding (for the Chowtaree as a matter of fact…) We were pleased to meet our family there: Usha, Raj, Joshna, Mala, Vanesha, Bisham, Rushil, Kavi, etc. I also had the privilege of meeting for the first time, Stéphane, my sister’s “friend” (as my mum puts it). Of course, in between the eating, the drinking and the djalsa, we still got some time to indulge into some sightseeing. Christina was happy to spend a few days in Paris as she wasn’t with us at the beginning of our trip. We arrived in Mauritius with 9 items of luggage (count ’em!). We had bought a lot of things everywhere and we also got a lot of gifts.

Once again, we would like to thank Matchuk, Angela, Maya, Audrey, Nawaaz, Failah, Adam, Sarah, Navin, Kavita, Usha, Raj and Joshna for everything they have done during our trip. Everything was easy and oh so very enjoyable thanks to them.

We were glad to meet Juju and Stéphane as well as all the other family members and friends.

We hope to see them all in Mauritius soon…