Making good photos looks easy but is quite difficult in reality.

I am an amateur photographer who has been making photos since 1997. I own a nice Canon EOS 500N (Rebel G in the USA) and I shoot only colour negatives. COLOUR NEGATIVES ??? Yes, in the country where I live, Mauritius, slides are too expensive to buy and process. So I’ve settled for the colour negatives so disliked by pros. That makes me a qualified amateur, just like you :-)

Still, I want to have nicely composed and exposed photos. So I’ve tried numerous techniques and read several books and I now want to share my experience with you.

A nice photo has a very strong theme (what is its purpose ?), has an easily identified subject and is simple to look at. Compositionally, you must know the rule of thirds and, afterwards, learn to break it. Space is also very important for the subject to be easily identified.

As for the exposure, with modern SLR with evaluative metering, just put on ‘Auto’ and shoot ! Or is it more complicated than that ? You bet :-)

In fact, modern exposure meters (like the one in my Canon) are easily fooled. First of all, it has absolutely no idea of the theme of the photo. It does not know anything about the subject. Sure, the camera knows where the subject is courtesy of its autofocus system, but it does not know if its a child, a big animal, a beautiful girl or a rather non-descript stone… So, the meter choose an arperture value and a shutter speed so that the whole scene becomes a neutral 18% neutral grey when printed. And so, your small brown dog in snow becomes a black dog on a gray background !!! The meter automatically underexpose in order to make the pervasive white snow become neutral gray.

As soon as the meter chooses an exposure, be critical. Is your photo 18% neutral gray ? If this is the case, everything is ok. Pull the trigger ! But, if this isn’t the case (for example, you have a lot of snow or you have a big black car filling the frame) then use your judgement to know how much to compensate. As for myself, I tend to use the Zone System and, especially, the simplified Zone System for correctly exposing negatives which suits me perfectly.

And in case you have to use flash (I use a big Canon 380EX), just don’t use Auto mode. Use either Aperture Priority (choose an adequate aperture for the required depth of field) or Manual Mode (choose everything yourself :-) and let the flash exposure meter expose the subject correctly. If you want to have your background exposed nicely, just use a long shutter speed but, then, don’t forget to use a tripod.

I, personally, find that my flash tend to make my subject (often my two children, Kyan and Anya too brightly illuminated. As I don’t have flash exposure compensation on my Canon EOS 500N, I was thinking changing the ISO value to make the camera think that I have a more sensitive film (ex. use ISO 140 for an ISO 100 film). I think I’ll have to experiment with that. I’ll keep you imformed. 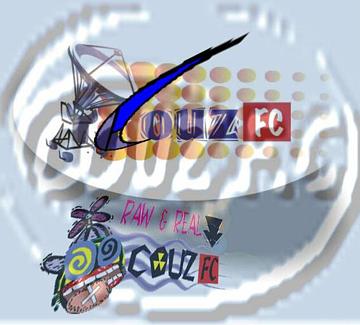 I am very pleased to launch our own CouzFC forum today !

As stated, “[there] you’ll find active discussions and, sometimes, verbal insults among some Mauritian cousins who want to stay in touch. The Meetoo’s, the Nagawa’s, the Beeharry’s, the Persand’s, the Seereekissoon’s, the Gya’s and the Luckynarain’s welcome you all to CouzFC !!!”

Noulakaz.net has been upgraded today to WordPress as a replacement to Movabletype for the weblog.

There are two main reasons why this is so :