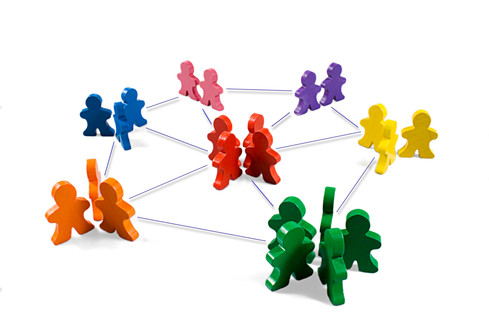 The other day while having dinner at a friend’s place, we had an interesting conversation about one of the core values of Web 2.0 i.e. harnessing collective intelligence. One friend argued that websites like Wikipedia and Amazon were so full of vandals (defacing pages on Wikipedia and writing bogus reviews on Amazon for example) that we should never use them to learn / decide what to buy…

Interestingly, my other friends said that they were not too sure about Amazon being unreliable (maybe because they had no choice than believing that the comments on Amazon were sincerely written as their entire buying strategy was based on that being true…) but, surely, he was right about Wikipedia which couldn’t possibly be authoritative.

I was the only one saying that Wikipedia is good enough. In fact, it’s more than good enough in the sense that if one feels a specific page is not good enough he can make it become good enough by editing it. Of course, there are vandals on Wikipedia but the website features an excellent version tracking system and, more important, more honest people than vandals.

In fact, I immediately realised that some people had a bad perception of Wikipedia because, brace yourself, it is free. Yep. Same as open source software. For some bizarre reason, some of us believe that something which is free is obligatorily not good. And, of course, what is expensive is obligatorily good.

And this is a very bad thing. Because it’s false. Remember this when doing your Christmas shopping.

Merry Christmas to you! 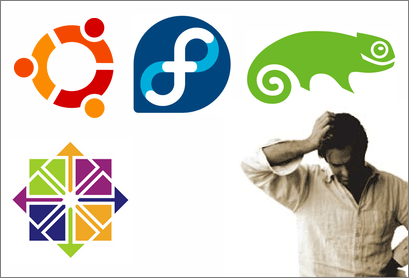 I have been using Linux at home for years now. I started with Redhat in 1999, moved to Fedora (Core) in 2003, had a great time with Gentoo in 2004, discovered Kubuntu in 2005 and this year I’ve moved to Ubuntu. At work, I used Redhat initially (1999) until I discovered that Centos was a free clone of Redhat Enterprise Linux and this is what I’ve been using for the past few years.

I have ordered a brand new Dell PowerEdge 840 server for Knowledge Seven Ltd and I’ll normally get it in one or two weeks. And this has started to give me massive headaches as I can’t choose what Linux distribution to run on it.

I do not want to run a Linux distribution which is not free and therefore this rules out both Redhat Enterprise Linux and SuSE Linux Enterprise Server. I’ve spent some reading reading about Ubuntu Server Edition and openSUSE:

Even though both are nice, I am somewhat reluctant to use any one of them. Ubuntu Server Edition is not yet proven and I have no experience of openSUSE. Can someone convince me to change my mind?

Fedora has a lot of features… decreasing its reliability? Centos, which is indirectly derived from a prior (and more stable) version of Fedora, is Redhat Enterprise Linux but will it satisfy a geek like me who loves to experiment?

Please help me choose. Or else I’ll have to toss a coin.

As most of you already know, I have been composing music for some years now. I started around 1993 when I bought a Kawai K4 synthesizer and I got some sequencing software on my trusty Amiga 500. You won’t believe it but I composed Atomic Disintegration on that day I bought my K4!

That period coincided with a love story which finished very bitterly only for another one to start (and which is still going strong…) My first album, My Contribution to Art, contains 12 tracks composed between April 1993 to May 1995. For years, the album did not have a cover but I’ve finally settled for one: 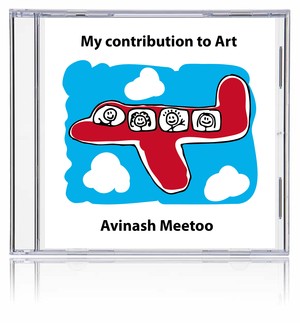 I’ve settled for a very naïve art depiction of an airplane (courtesy of Donna Spurrell.) Of course, the tracks are not that great (or else I would have been Thom Yorke) but they mean a lot to me. In fact, I’m very proud of them. The whole album can be listened and downloaded freely at Last.fm.

My second album, So Logical, was released in 2004. It coincided with the births of my two kids, Anya and Kyan. That album too didn’t have a cover. I’ve settled for: 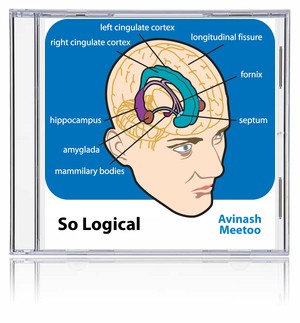 The image is courtesy Sharpbrains. The So Logical name of the album comes from the fact that it was entirely composed using Emagic (now Apple) Logic Audio. The album contains 8 tracks and most of them are linked to a special event concerning either Kyan, Anya, Christina or myself. For example, I always associate This is real and Beautiful sea with Anya’s birth. All in all, So Logical is a much nicer album that the first one and it has an excellent audio quality (judge for yourself by listening to it or downloading it freely – I believe it sounds better than most of the “professionally” mastered albums being released now.) Of course, the music is perfectible but, what the heck, I am just an amateur after all.

Since getting my MacBook, I’ve bought Logic Express and I’ve worked on some tracks (a few which are pretty much done but the vast majority is still in alpha state.) Maybe I’ll finish around January 2009. I’ll keep you informed.

Time for a change