I am going to teach my first module at Masters level tomorrow: Software Architecture.

Of course, I am delighted and a little bit worried at the same time (sic). Teaching at Masters level is a new experience for me. But, to be frank, I can cope :-)

During the semester, I intend to make my students understand that building large-scale software is tough if one wants the software to be achieve qualities (like reliability) while respecting costs and deadlines. This requires the software to have a formal architecture. The nice thing is that this is a 2+2 module (i.e. 2 hours of lectures + 2 hours of lab weekly). I intend to make the students work on design patterns and existing frameworks a lot.

I am also thinking about making the students work out the architecture of (a small part of) an existing open-source software by themselves. This is bound to be (pedagogically) cool…

During the second semester, I’ll also, for the first time, teach Programming Languages to a group of 200 second-year students. My intention is to show them the value of alternative programming paradigms in addition to what they already know (i.e. imperative with C/C++ and stateful OO with Java).

I’ll introduce them to logic programming, (lazy) functional programming, message-passing concurrent programming. I am leaning towards Prolog, Haskell and Erlang respectively. But I may also adopt the more radical Mozart.

And, naturally, I will also introduce them to the power of Unix scripting using, guess what, Ruby!

PS: I am assuming here that UoM will still exist in some weeks :-)

I’ve just finished my first ever Masters-level course and it has been great! Now, I can go and have something nice to eat :-) 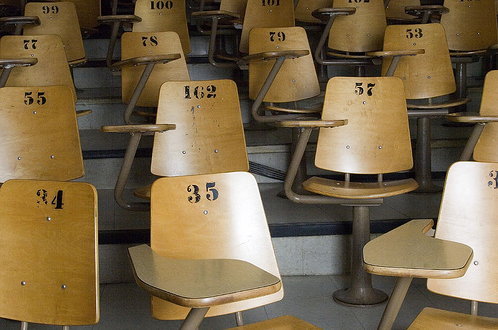 By now, most of you have heard that there are problems at the University of Mauritius and the most visible consequence is that lectures are only starting next week. This is because senior management has proposed some drastic changes one week ago which have caused myriad of repercussions throughout the university.

People have been talking about lack of space. This is only part of the problem. The bigger issue is the lack of money (as always…)

The solution proposed by the University is to merge all groups of students following the same module together so that the whole class can be taught by one lecturer.

I personally believe this is a good idea provided that (i) the lecture theatre be fully equipped (air conditioning, laptop, RGB projector…) and (ii) the lecture (cours magistral in French) be followed by a 1h supplementary lecture (travaux dirigÃ©s) taught by lecturers and consisting of at most 40 students a few days later. Supplementary lectures “give students the opportunity to discuss the lectures and/or additional readings in smaller groups” [wikipedia]

(Of course, lab sessions (travaux pratiques) will stay as they are)

This is how things are done in other universities throughout the world. I see this as an opportunity to make things better at the UoM. 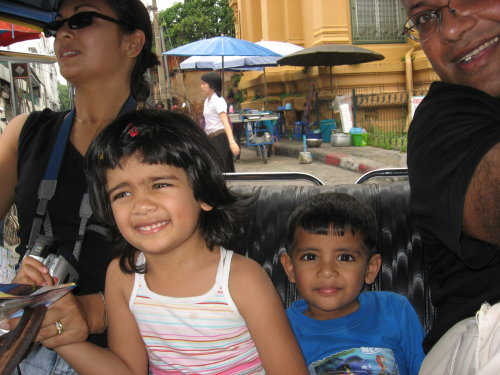 We spent five days in Bangkok, Thailand, and another five in Kuala Lumpur, Malaysia. Both countries are great even though Christina and I prefer Thailand. Naturally, we did a lot of photos and I’ve just uploaded then on Flickr. Have fun going through them:

I have resumed work at university. To be frank, there are some problems there at this moment (and this is a major understatement). I don’t want to go into more details… Consequently, I didn’t have time to work on my paper on bandwidth.

(In case there are Computer Science students reading my blog, all CSE, IS and Masters-level classes will begin on the 20th of August instead of next Monday)