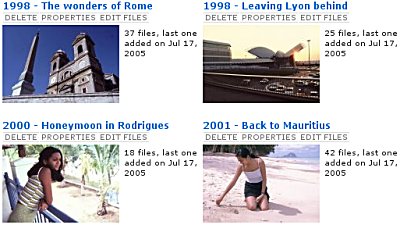 I am happy to tell you that some great photos have been added to our album. Don’t forget to rate them and to leave comments while visiting.

By the way, all of those photos were taken on slide (positive) film (Fuji Sensia II mostly) and were kept for years in very stringent conditions. I have just scanned them using my new Minolta DiMAGE Scan Elite II scanner (a gift from my parents actually). Some of the slides were in bad shape but I’ve really tried to resurrect them :-) 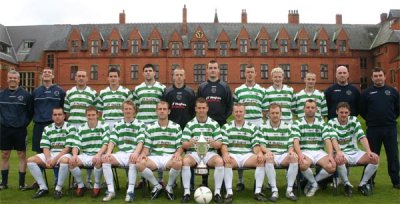 As you all know, Liverpool will play against TNS, the Welsh Premier champion, this coming Wednesday at Anfield for the 1st qualifying round of the UEFA Champions League.

And we all know that Liverpool, normally, will win both legs and qualify for the 2nd round at the expense of TNS. In case you don’t already know, TNS have put an advert on the Internet (according to the Mirror) which reads as follows:

“Are you a good footballer with the ability and experience to play on the European stage? Are you a player out of contract disheartened with your current skills being overlooked? Then we want to hear from you. […]”

In spite of this, the TNS players and the fans have been admirable (and TNS is now my 2nd British team…). Just check those quotes:

“Like a lot of the lads at TNS, I support Liverpool. This is the biggest game I’ve played in and the thought of playing Liverpool makes the hairs on the back of your neck stick up.” [Marc Lloyd Williams – TNS Striker]

Respect to you, Marc!

“To walk out alongside Steven Gerrard would top off my career, and it would be great to get his shirt afterwards as a souvenir.” [John Leah – TNS captain and midfielder]

Respect to you, John!

“we don’t really have a chance at all. As I see it, we can just hope to score at least one goal. I think we could scrape a draw in one of the legs, but realistically there is no way that we can win the tie at all.” [Tom Leather – TNS Fan]

Respect to you, Adrian & Tom!

And, finally, a poll on TNS’ forum by Rob James, another TNS fan:

What does every 1 think the scoreline will be in this David vs. Goliath encounter then?

I've been interviewed by Google...