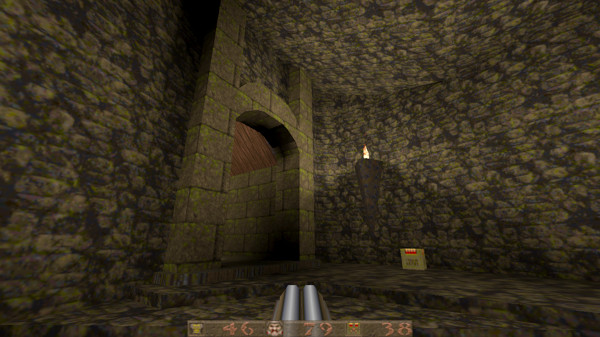 Quake was born when Christina and I were studying in France in 1996.

Like most people we knew, we fell in love with the game: the graphics were amazing (and we even bought a 3dfx Voodoo 2 to run it), the audio was great and the atmosphere phenomenal. As a matter of fact, Quake is one of the few games I completed. I ran it on Windows 95.

Today, my laptop runs Fedora Linux 29 and I only use its integrated Intel graphics chipset (despite the laptop having an nVidia chipset as well). This morning, I stumbled upon Quaddicted: 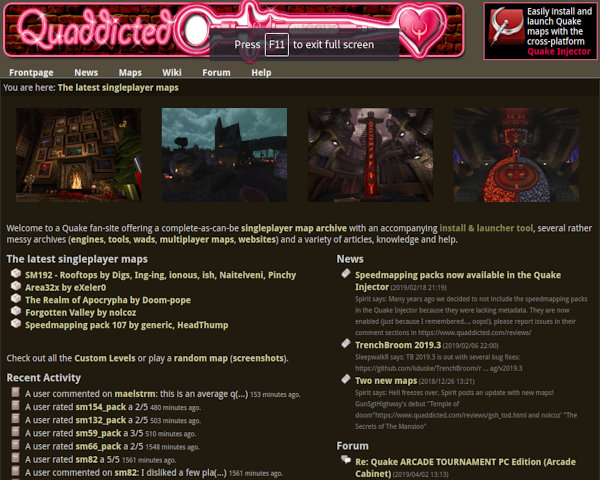 From there, I quickly discovered that, since Quake was released as open source software in 2012, a number of people have embarked on correcting bugs and enhancing the Quake engine. According to Quaddicted (and who am I to disagree!), the best engine for Linux is Quakespasm.

I quickly downloaded it and found an executable called quakespasm-sdl2 which I quickly ran. I got an error message telling me that a folder id1 was not found.

I remembered having zipped my Quake installation years and years ago and, because I am a very methodical guy, took only 5 seconds to find the ZIP. It had the id1 folder in it which I quickly copied to the Quakespasm folder. I got the Quake music. I ran quakespasm-sdl2 again and, lo and behold, Quake started in all its glory. I quickly selected the full screen option and opened a save game from decades ago and it worked! This is what you can see in the top screenshot.

But quake is more than quake…

While reading Quaddicted, a stumbled upon Quake Injector, a tool written in Java which allows you to easily download and run 3rd party maps in Quake. Think maps as levels, distinct from the Quake default levels, but as great and sometimes greater to play.

[Caveat: Quake Injector did not run at first as I had Java 11 on my Linux laptop. I had to switch to Java 8 (which I also had but was inactive)]

As soon as Quake Injector started, I installed the very highly rated DaMaul6 map and this is where I am now. Wish me luck as DaMaul6 is known to be very difficult. 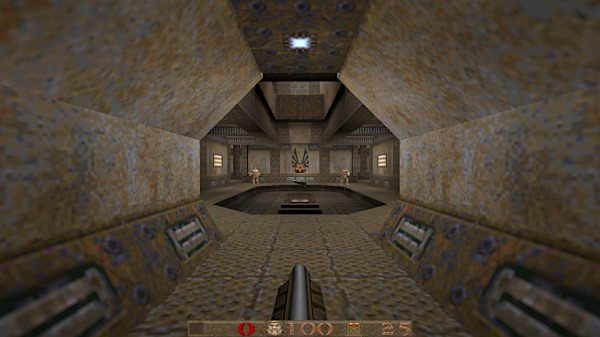 My quest for High Fidelity sound