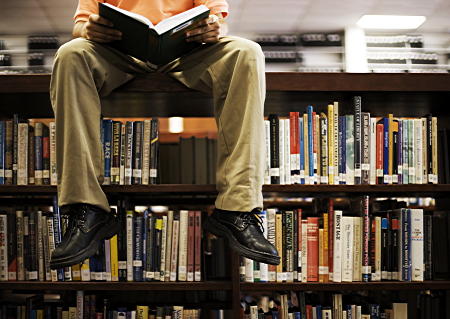 As I suppose you all know by now, the British Council has decided to close its public library in Mauritius. This decision, which, as far as I can tell, is based on economical reasons, is very debatable as this will prevent people who like to read to have access to English books.

I have very fond memories of the British Council library. I was a subscriber when I was a kid then again when I came back to Mauritius in 1998. I remained a subscriber until two years ago when I decided to stop subscribing for two main reasons:

The library, which was originally a real library with real books and a very studious atmosphere, became a médiathèque with Web-enabled PCs, LCD TVs showing English movies, etc. From total silence, the place became noisy… But, more problematic, someone there decided that most books should be kept somewhere hidden and only retrieved when asked for. This made stumbling by accident on a book more or less impossible.

See, I became a Computer Scientist in large part because, at the British Council library, I stumbled by accident on one book when I was a kid. That book was the formidable Programming Pearls by Jon Bentley: 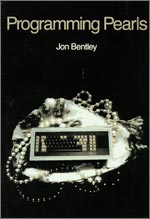 I read that book when I was 14-15 and fell in love. I discovered that very special type of literature called computer programming. From there I read books on algorithms, data structures, computer architecture, etc, all of them obtained at the British Council library. I can’t imagine what my education would have been without them…

A second reason why I stopped subscribing was that I felt that the subscription fee was becoming too high. I think it was around Rs 1000 per year which is waaaaaaay above what a normal Mauritian can pay. For the record, other libraries in Mauritius, and especially Charles Baudelaire library (which is the French alter-ego of the British Council library) charge substantially less per year.

If I were cynical, I would say that this was a deliberate decision by the British Council to have fewer and fewer subscribers until closing down would become the only viable thing to do.

But I prefer not to be cynical (once), this is just a result of very bad judgement.

I’m in The Official Ubuntu Book