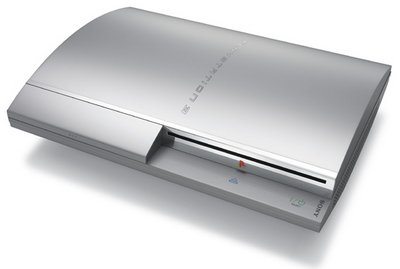 The Sony Playstation 3 is very intriguing.

On one hand it is a game console. And I personally don’t care about those… I mean, a Computer Scientist does not have time to play games, isn’t it ???

On the other hand, the Playstation 3 is one hell of a machine according to its specs :

It uses a Cell processor (jointly developed by Sony, IBM and Toshiba) which is, in fact, a PowerPC core running at 3.2 GHz dispatching tasks to 7 (yes, seven!) vector units each with its own 128 registers and its own memory… The Cell has been announced to perform at 218 GFLOPS compared to my latest AMD Athlon64 3000+ running at 4 GFLOPS. Of course, the question is whether application developers will be able to leverage this power but things depend a lot on the quality of the optimising compilers I suppose as no one now writes directly in Assembly code (especially for RISC architectures)

It also has a GPU from NVidia called the RSX which runs at a maximum of 1.8 TFLOPS (I am feeling dizzy…) and supports 2 channels of high-definition (HD) video. Judging by some screenshots released by Sony, I can tell you that games will be photorealistic.

The Playstation 3 uses Blu-Ray Disc which can hold up to 25 Gb of data compared to the 4.7 Gb found on a single-layer DVD.

Finally, it also can handle up to 7 Bluetooth wireless appliances like a keyboard, a mouse, joypads and what not. It is also fully USB, Wi-fi and Ethernet capable.

The Playstation 3 has only 512 Mb of RAM though. And it does not have a hard-disc which is pretty disapointing.

It has the potential to become the PC killer. For that, it must get additional RAM, a hard-disc and, most important, a real operating system.

Wanted: an E3 Flasher on my PS3 in Mauritius