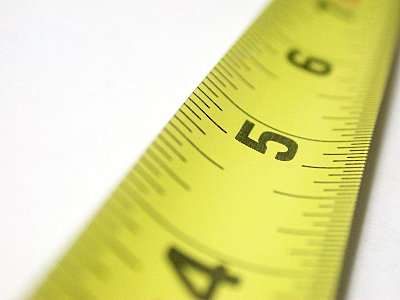 Since Orange has imposed its Fair Usage Policy on us, there has been intense discussion here. The latest version of the FUP states that:

Your FUP threshold, i.e the amount of data that you can download will depend on the offer to which you are subscribed to. Monitoring of your downloads will be done on a monthly basis and if you exceed your FUP threshold over a period of 2 consecutive months, you will be subjected to FUP on the third month.

Orange then gives the following example:

Naturally, there is a major unknown in this equation: what is the FUP download threshold per month?

It seems that the following has been said by the Orange people:

The 3Gb monthly threshold is causing some uproar in the Mauritian Internet community as many feel that 3Gb is pathetically low. At first, I had the (wrong) impression that 3Gb was reasonable. But then I checked what I’ve been using on my own MyT 256 ADSL connection for the past six months:

… and I realized that 3Gb is really too low a threshold!

As you can see, I’m dangerously close to the FUP threshold. But I am not a normal Internet user. For the time being, Christina and I browse a lot and we do indulge in some MP3 downloads from time to time but we don’t watch videos from YouTube a lot and we don’t download DivX movies at all.

BUT this might change anytime. Christina and I might like to start watching videos and listening to radio all day long and this is bound to make me a heavy downloader even though we’re just being normal (and very patient given the ridiculous speeds we have to endure here) Internet users.

I wonder how the Orange people came up with the 3Gb for the MyT 256. I guess they only did some simple divisions using their calculator. But they must realize that we are in 2008 now and video and streaming audio is the norm (ask Steve Jobs and Bill Gates). Sure, I understand the need to have a FUP (or else the whole system will just break) but 3Gb is too low. In my opinion, Orange must think carefully about this threshold and communicate clearly with its subscribers. I am sure that together, we can come up with a threshold which is more in line with how people use the Internet now. Of course, given the fact that the nature of information is changing rapidly on the Internet, this threshold will have to be reviewed upwards very frequently.

The Internet is a major enabler (like Computer Science in fact). It is a tool that allows people to innovate and to create wealth. Orange has a social responsibility towards the development of the country. Limiting the usefulness and potential of the Internet is going to harm Mauritius in the long run.

Get your sights right, Orange!

(PS to my readers: what has been your own Internet consumption over the last six months? Use the online tool to calculate this.)