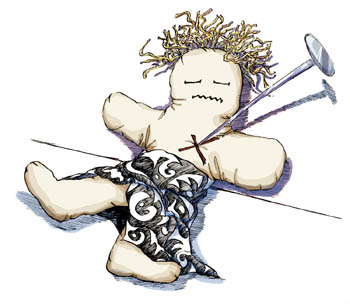 As you all know by now, Mauritius Telecom is bringing some drastic changes in its ADSL offers both for home and business users. (carrotmadman6 blogged on this yesterday.)

Reading the official press release from Orange / Mauritius Telecom, I can see some play on words:

Nothing very serious but an official press release should really have been written more thoroughly. Still, there are some niggling issues on my mind:

Mais bon, donnons leur le bénéfice du doute. Let’s see what happens on 1 March 2009! I just hope we are not just voodoo dolls for them which they manipulate as they like.

Our Hyundai Elantra is here