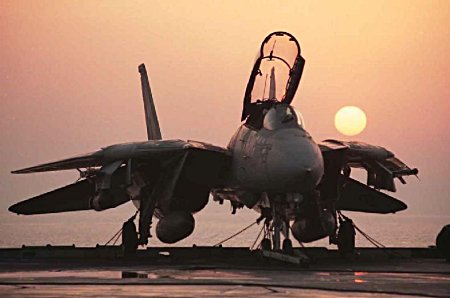 After more than 30 years of good and active service, it is being retired by the US Navy. There are many (ex-)pilots and military people who are still fond of the F-14 and some of them have even created a farewell website.

I can say that the F-14 has had a major influence on people of my age. Have a look at the discussion on Slashdot for proof. I have so many good memories of the F-14. It was so impressive. When I was a kid, my dream was to become an F-14 pilot. With my cousin Aman, we improvised dogfights in the backyard mimicking the US pilots against Russians with their Migs and Sukhois. It was fun! 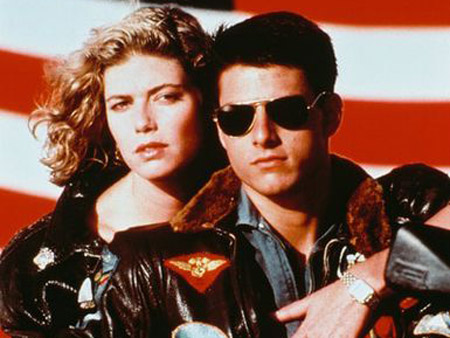 The defining moment was 1986 when the fantastic Top Gun film by Tony Scott featuring Tom Cruise and (aha!) Kelly McGillis was released. It immediately became my favourite film and, in fact, still is (just don’t tell Christina…)

Like all kids at that time, I wanted to become like Tom Cruise and have a girl friend like Kelly. I have not been successful with the Tom Cruise part but I think I’ve managed to get a girl friend (who is my wife now) as fantastic as Kelly McGillis was (n’est ce pas Christina?)

Thanks for everything F-14!