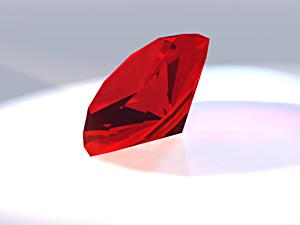 Ruby is a fantastic programming language. From the official website,

Ruby is the interpreted scripting language for quick and easy object-oriented programming. It has many features to process text files and to do system management tasks (as in Perl). It is simple, straight-forward, extensible, and portable.

Oh, I need to mention, it’s totally free, which means not only free of charge, but also freedom to use, copy, modify, and distribute it.

Let’s go through this blurb again:

How to learn Ruby

Ruby is a simple and elegant language and it is easy to learn if you have an open mind… The definitive book to learn Ruby is Programming Ruby – The Pragmatic Programmer’s Guide. It is available is two editions:

Of course, there are a lot of tutorials online. I recommend Why’s (Poignant) Guide to Ruby.

Ruby as a first language

In my opinion, Ruby is the perfect programming language to teach programming at college and university level. Ruby’s syntax is clean. Ruby is powerful, modern and portable. In addition to that, I think Ruby stimulates creativity much more than mainstream pramming languages.

Ruby comes with a read-eval-print interpreter called irb which is very powerful. And there are at least two good IDE that I know of, one based on Eclipse called RDT and Eric3.

It’s time to get rid of Java and C++!!! Let our youngsters experience something beautiful instead of something, ahem, industrial…

Ruby on Rails is a full-stack framework for developing database-backed web applications. It is gaining enormous acceptance thanks partly to Ruby’s elegance. In fact, I am currently developing my first RoR application right now. I’ll keep you posted.

The revolution is on. Learn Ruby and you’ll be happier. I have and I am ;-)