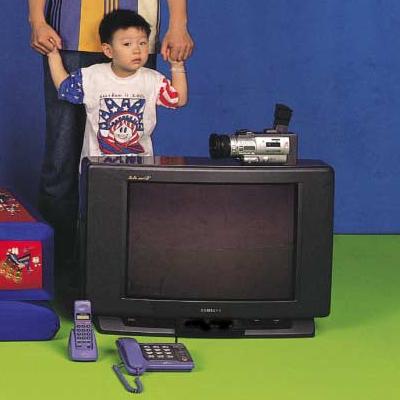 I’ve already talked about my home cinema amplifier and my set of speakers. Today I’ll spend some time discussing about the use of a normal TV set (instead of some expensive projector and/or plasma display) in a home cinema.

My feeling is that good audio is crucial if you want to have a real home cinema experience. In a way, it’s more important to have good audio than to have good video. The reason being that, according to me, our brain can more easily compensate for missing information in the video than in the audio. A glitch in a video transmission (say some missing frames or some MPEG artifact) is largely unnoticeable whereas a glitch in audio (a click or white noise) is immediately perceived.

Personally I use an ordinary (i.e. non-widescreen) 29″ Samsung CRT TV set (model CS-761BGV if you really want to know) which has a relatively flat screen. I bought it second-hand from my uncle at Rs 8500 about one year ago. Unfortunately, the TV does not have a S-Video input and therefore I rely on a composite video signal!!!.

Let me tell you that I’m pretty much satisfied with the image quality. Of course, the TV has been callibrated using the same THX Optimizer software used for audio callibration. 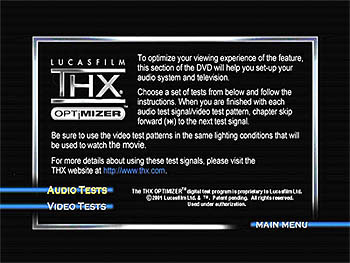 Take your time and set the contrast, brightness and colour correctly. Most TV sets have abysimal standard settings more likely to make your eyes bleed than to render pictures accurately.

As I watch widescreen movies most of the time, it would have been better to have a widescreen (i.e. 16/9) TV. Actually, my Samsung TV has a 16/9 mode (normally used when watching an anamorphic DVD) but I do not often use it because (1) there is a distracting white line at the top of the screen when using this mode and (2) from a distance it’s difficult to see any difference between an anamorphic and a non-anamorphic image. So why bother?

I’ll perhaps buy a LCD or plasma display in the future. But I am not too in a hurry. My lowly 29″ CRT TV is perfectly adequate for the time being :-)

A Home Cinema in Mauritius (part 2)

The problem with documentation...