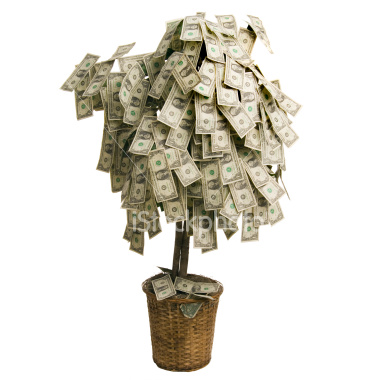 Money does not grow on trees. Everyone knows that. In fact, our small country Mauritius has only few reliable sources of income, one of the largest being taxpayers money. Yes, the tax we all pay month-in month out.

My previous post on the Cambridge fiasco provoked a lot of discussion. One comment from fluxy was particularly interesting because it illustrates one of the fallacies of our education system. He writes:

[T]here are many people competing for scholarship, and although only a handful become laureates, there are many who get excellent results, hence the competition itself motivates students to work harder and obtain great results.

[M]any of those don’t return because their expectations are too high to be met by local opportunities. Unless we improve our local offers (which is not really possible – dependent on local economy..etc), scholarships is the only way out.

Give the devil his/her due and the laureate his/her scholarship.

Can you see the fallacy?

Here it is: it’s an absolute fallacy to think that a laureate is due a scholarship because he/she has worked harder than others at HSc level. In fact, we, as taxpayers, couldn’t care less (remember, taxpayers are the ones who pay for scholarships.)

Rather, the Mauritian Government invests in a promising young Mauritian because he/she has demonstrated some potential. We ask the young person to sign a bond (to come back and work for at least five years here if my memory serves me correctly) because the Government wants to have return on investment and needs competent people to come back to contribute towards the development of the country. Or else the future is bleak.

Now think about how many scholarship holders return to Mauritius. 50%? 25%? 10%? Pretty much pathetic, isn’t it?

Sure, there will also be a number of Mauritians who won’t return “because their expectations are too high to be met by local opportunities.” That’s fine. What they need to do is to take a loan from a bank to finance their studies. I only want to finance those who give back to the country.

Remember, a scholarship is an investment for the future. It’s not a due.

I’ve reworded the next to last paragraph to better reflect my perception of all this. It is not really important if the person returns or not provided he/she contributes something substantial back in any way whatsoever. Some don’t.