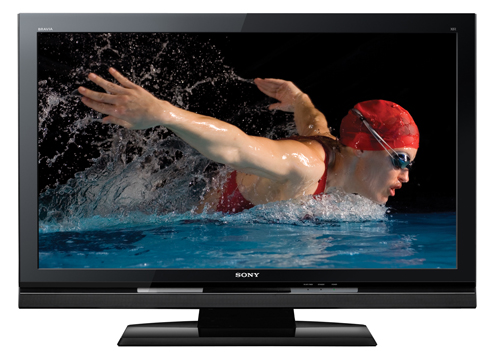 [This December 2009 article is reposted from one of my other blogs which I’ve put in dormant mode for the time being.]

Standard television (we use PAL and/or SECAM here) displays 576 lines with an aspect ratio of 4:3. The horizontal resolution being around 720 implies that there are approximately 400,000 dots displayed on a normal TV (I’m simplifying.) This is exactly the number of dots what our local TV broadcaster, MBC, sends us through our antennas (this is true for both analog and digital TV (TNT).) Interestingly, satellite decoders and DVD players also give us 400,000 as both have been designed with standard televisions in mind.

Now, let us put an LCD TV into the equation.

LCD TVs come in two families: Not Full HD (720p) and Full HD (1080p). The difference is the number of dots being displayed onscreen (the resolution.) A Not Full HD TV (which we tend to call HD Ready here in Mauritius even though, technically, a Full HD TV is also HD Ready) has a resolution of 1280 x 720. This is about 900,000 dots and is more than twice the number of dots found on our existing standard televisions. If we climb the ladder to Full HD, we get a resolution of 1920 x 1080, which is more than 2,000,000 dots on screen, which is five times more dots than an standard television.

So this is what we have up to now:

The point I’m making is that MBC, TNT, Satellite and DVDs only have 400,000 dots and displaying them on LCD TVs full screen requires the television to upscale the image. In simple words, upscaling means creating the missing dots. For example, playing a DVD on a 1080p LCD TV will require the TV to create the missing 2,000,000 – 400,000 = 1,600,000 dots for each image displayed.

Another thing is the refresh rate. Televisions normally display 25 images per second (I’m simplifying.) This means that the above calculation of missing dots will need to be done at the same frequency.

Now, think about it. Can you see how much processing power is needed to calculate the missing 1,600,000 dots 25 times a second from what is coming from the DVD player? Can you see how complex this calculation is? And do you understand why the price in LCD TV sets vary so much? Yes, it’s because of the quality and precision of the upscaler. For instance, Sony and Samsung LCD TVs both have a complete PC inside with a powerful processor and which runs the Linux operating system!

In essence, the more you pay for a LCD TV, the better the image will be especially when viewing standard television content (MBC, TNT, Satellite and DVD.)

Note that I’m talking of original DVDs here. The pirated Rs 25 ones have pathetic image quality most of the time. The reason is that originals are generally double layers DVDs and pirated ones single layer i.e. half of the original content is thrown away on pirated copies. Upscalers only work adequately with original DVDs.

A better way to do it

LCD TV are high definition devices and therefore are designed to display high definition content. For instance, let us suppose that we have a device that can send 1920 x 1080 images to the TV directly i.e. the whole 2,000,000 dots. This would make the upscaler useless because the image is already scaled properly. This implies that most LCD TVs, if properly setup, will have similar picture quality (of course, I’m not talking of ultra-cheap gimmicks here.)

But for this to be true we need to have this elusive device that can send Full HD content to the LCD TV. Why elusive? Because, simply speaking, there is not such a thing here. Or, more precisely, the hardware is available but the content is not.

Here are our options here in Mauritius for obtaining High Definition content for our brand new LCD TVs:

A lot of people I know are considering to get an LCD TV. But buying a TV to use it suboptimally is not a great idea. The problem is that we do not have access to High Definition content in Mauritius.

Who has a solution?

A picnic, a bus and Chinese relatives