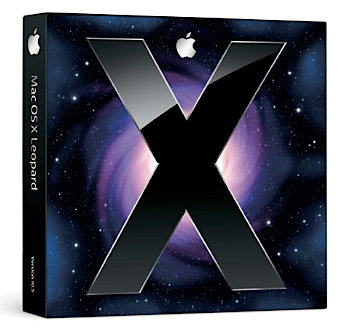 I’ve upgraded my MacBook to Mac OS X 10.5 also known as Leopard. And I love it!

I have been using computers proficiently for, let’s see, around 20 years now and I am as excited with Leopard as when I first got my Commodore Amiga 500 around 1990 and I first discovered Linux around 2000. This has nothing to do with being an Apple fanboy or whatever. I am just an ecstatic geek.

Of course, I dislike the translucent menu bar and the new dock but I can confidently say that I am in awe at the 298 remaining enhancements. Funnily, I resisted upgrading to Leopard for weeks as I thought that Tiger was perfect. Now that I have been using Leopard for a few days, I can see how wrong I was…

Luckily, making the translucent menu bar opaque is easy as there is an option for that in the Desktop & Screen Saver system preference window. To have a saner dock, you only have to issue the following in a terminal:

I did not come up with this terminal incantation by myself. Instead I got it in one of the most comprehensive and exhaustive reviews I’ve ever read in my life. It’s (of course) John Siracusa’s review of Leopard for Ars Technica. I spent hours reading this review today and ingesting and trying everything. I hope that one day I’ll manage to write something similar comparable.

The stage is set for Mac OS X 10.6 to triumph beyond the bounds of its ancestors. In the meantime, it’s the Mac development community’s opportunity to shine. Whether it reigns for two and a half years, like Tiger, or even longer, I’m looking forward to my time aboard starship Leopard.

Joining the ACM (instead of IEEE)