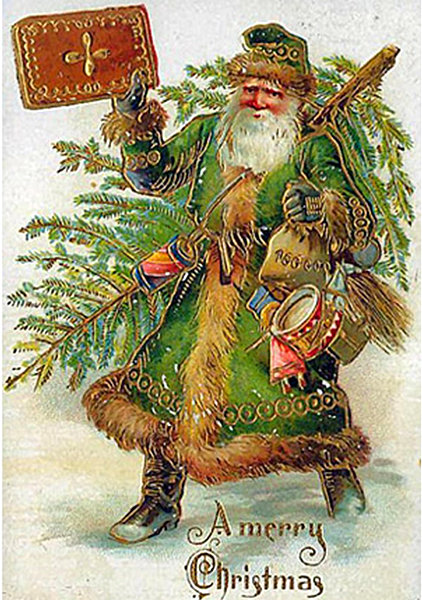 Today is the 25th of December 2017 and Christina, Anya, Kyan and myself wish you all a Merry Christmas.

Interestingly, do you know that Father Christmas originally wore green and, in fact, appeared to announce the coming of spring? This would imply that he came around March every year. But he became red when Coca-Cola decided that it would be good to have Father Christmas on an advert for them and that he should wear red instead of green. That’s a pity because well, I believe, green looks much better than the overwhelming red… As you can see below, Google agrees:

A second thing I would like to mention is that I hope you all got the gifts you asked for but only if you asked reasonably. According to statistics, most Mauritian households have massive debts and it would be a pity if, for the sake of having the flashiest phone or the flashiest car, people keep on taking more and more debts. I wonder what percentage of the population has a positive net worth in Mauritius? That’s a study which needs to be made because I was reading an article the other day about the fact that, the less net worth you have, the more stressed you are.

A lot of studies show that, generally, those who have positive net worths, i.e. the millionaires, are not flashy at all. They don’t drive the latest BMW or have the latest iPhone. Real millionaires are frugal. Heck, that’s why they are millionaires. This would imply that those around us who like to show off are, as a matter of fact, poor.

Expensive is not necessarily good