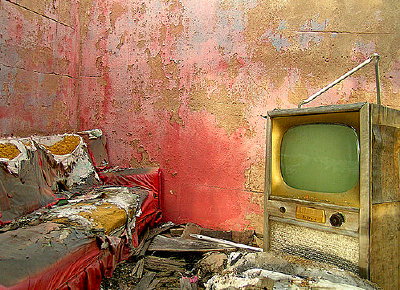 I’ve just come across a very interesting and deep transcript of a talk by Clay Shirky on Gin, Television, and Social Surplus. Here is my favorite part:

It’s better to do something than to do nothing. Even lolcats, even cute pictures of kittens made even cuter with the addition of cute captions, hold out an invitation to participation. When you see a lolcat, one of the things it says to the viewer is, “If you have some sans-serif fonts on your computer, you can play this game, too.” And that’s message–I can do that, too–is a big change.

This is something that people in the media world don’t understand. Media in the 20th century was run as a single race–consumption. How much can we produce? How much can you consume? Can we produce more and you’ll consume more? And the answer to that question has generally been yes. But media is actually a triathlon, it ‘s three different events. People like to consume, but they also like to produce, and they like to share.

And what’s astonished people who were committed to the structure of the previous society, prior to trying to take this surplus and do something interesting, is that they’re discovering that when you offer people the opportunity to produce and to share, they’ll take you up on that offer. It doesn’t mean that we’ll never sit around mindlessly watching Scrubs on the couch. It just means we’ll do it less.

And this is the other thing about the size of the cognitive surplus we’re talking about. It’s so large that even a small change could have huge ramifications. Let’s say that everything stays 99 percent the same, that people watch 99 percent as much television as they used to, but 1 percent of that is carved out for producing and for sharing. The Internet-connected population watches roughly a trillion hours of TV a year. That’s about five times the size of the annual U.S. consumption. One per cent of that  is 100 Wikipedia projects per year worth of participation.

I think that’s going to be a big deal. Don’t you?

Personally, I prefer reading a nice online article on technology, trying to make sense of it, suddenly getting the point and feverishly write something in the same vein on my own blog than sitting in front of the TV spending hours being passive and eating peanuts.

I believe that TV as we know it will die in the near future. Instead we’ll all use Pay-per-view and we’ll watch TV only when we want to waste some time doing nothing productive. The rest of the time, we’ll be in front of our nice Linux- or Mac OS X-based computer (Windows does not exist in my future…) educating ourselves… and others in the process.

Thank you for making OSS2011 a success