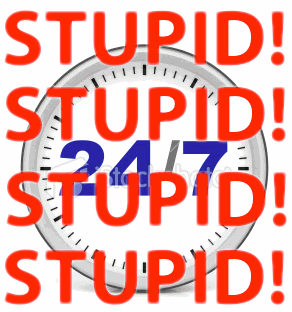 I live in Quatre-Bornes and, this week-end, we were victims of that stupid thing called 24/7.

My daughter, Anya, was still awake at midnight last night because, brace yourself, a concert was still on (at midnight!!!) at the Municipality of Quatre-Bornes and the noise was deafening (even though we were 1-2 km away…) Don’t the organisers know that kids should sleep early on Sundays to be fresh for school the next day?

What’s the purpose of organising a concert until midnight? The only reason I can think of is that the Human Resource Development Council knows that no one gives a s*it about that 24/7 thing and the only way to attract a few people is to have such a concert. But come on guys! On Sunday?!? At midnight?!?

I only hope the millions that are being wasted are going to be recouped one day. But I have my doubts… once more.