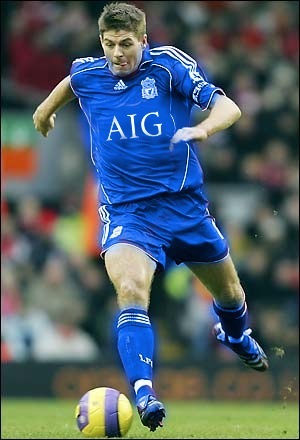 Liverpool Football Club has just announced that, as from the next match against Fulham, the Liverpool players will wear blue outfits (as too many people mistook them with players from a somewhat less successful club operating in the same country) and will be proudly sponsored by American International Group, Inc. (AIG)