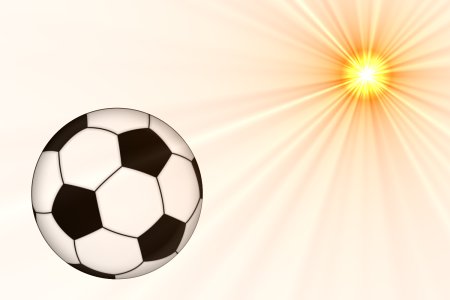 I’ve observed that many of you have lost your sense of direction. This is so comprehensible as current political systems (and this includes religion IMHO) have not adapted to the real world of blogs and Facebook and, consequently, you, as a technology-freak, are feeling lost.

You don’t have to be alone anymore.

On this very auspicious day, I am launching my new religion: Avism.

The image seen above is the official logo of this new religion. In essence, it has its roots in Technology (I used Gimp to render that image), in Football (obviously) and also in Me (hence the name). Avism is the first post-modern religion: it is a best-of of everything except existing political parties and existing religions…

Naturally, I am quitting my job at the University of Mauritius as I feel I’ll need all my energy to serve you as your light-bearer.

By the way, I will be known as from now as “The Perfect (and So Intelligent) Grand Guru Who Likes To Party and Is A Great Computer Scientist and Likes To Koze KK”.

Presentations made with LyX and Prosper