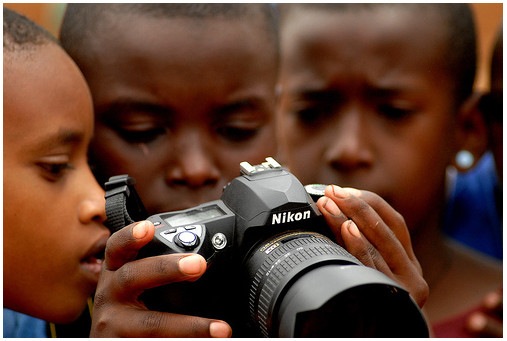 In his beautiful essay, The Art of Lisp & Writing, Richard Gabriel makes a strong case for the use of programming mediums instead of programming languages when either introducing programming to students or starting a new project.

“The difference between Lisp and Java, as Paul Graham has pointed out, is that Lisp is for working with computational ideas and expression, whereas Java is for expressing completed programs. As James [Gosling] says, Java requires you to pin down decisions early on. And once pinned down, the system which is the set of type declarations, the compiler, and the runtime system make it as hard as it can for you to change those assumptions, on the assumption that all such changes are mistakes you’re inadvertently making.

There are, of course, many situations when making change more difficult is the best thing to do: Once a program is perfected, for example, or when it is put into light-maintenance mode. But when we are exploring what to create given a trigger or other impetus—when we are in flow—we need to change things frequently, even while we want the system to be robust in the face of such changes. In fact, most design problems we face in creating software can be resolved only through experimentation with a partially running system. Engineering is and always has been fundamentally such an enterprise, no matter how much we would like it to be more like science than like art.”

I too believe that learning and experimenting require a Language like Lisp, Scheme, Smalltalk, Python and Ruby which offer a read-eval-print-loop (i.e. an interactive shell). Naturally, you’ll always need the big-iron compilers but only when the program is perfected…

This semester, I am going to teach Programming Languages to second year university students. Those students have been exposed to C++ in the first year and Java at the beginning of the second year. Both programming languages are good for expressing perfected programs but are bad for experimenting.

(By coincidence, there were two interesting discussions on Slashdot (One Two.) following an article by some professors criticizing Java. Joel Spolsky thinks that it is perilous to use Java at school. I won’t even mention C++ as I personally think it’s the worst (by far) language to be used for teaching programming!

This is what we have come up with:

I did my first Programming Languages lecture last Friday and I enjoyed it a lot. I arrived in the lecture theatre at around 9:00 and I quickly installed OpenOffice.org on the Windows laptop there as I had prepared my presentation using OO Impress.

During the installation, I asked the 180 students how many of them found programming easy and only a few raised their hands (remember – those are second year students). I was a little surprised because I thought there were more. Anyway, I told them about my little theory that they should make a lot of effort now to acquire knowledge to be effective when they work so that they can return home early and enjoy life instead of having to stay overtime everyday :-)

I also told them that we were going to focus a lot on the functional, logic and scripting paradigms. And I also tried to make them understand that becoming a competent programmer require practice like all artistic endeavors. My first real lecture on Scheme will only begin next Friday as tomorrow is a public holiday.

I have been a fan of the Scheme programming language since I was introduced to it during my first year as a university student in France. Since then I’ve found out that Scheme is used at top universities like MIT and Berkeley to teach programming. Why is that so? Because Scheme is easy to learn yet, easy to use yet powerful!

I have decided to use the fantastic DrScheme IDE. It is multi-platform (Linux, Mac OS X and Windows) and is a joy to use. It’s, naturally, open source software. I am currently in the process of installing DrScheme in all the Computer Science labs.

Learning by experimenting is the best way to learn. Learning programming using Scheme is fun and rewarding as the language is so malleable. A University is not only a place where people go to get a degree. Rather it’s a place where intelligent people (students + academics) meet to share knowledge. Someone wrote on Slashdot:

“When Plato and Aristotle founded their schools, they didn’t put up a big sign that said “When you’re done, you get more money.” That wasn’t the promise. The promise was that by teaching you about the world, you would become a better person. That is to say, the founding concept of the University was that education lead to human excellence.”

My students will become better persons by experimenting with Scheme :-)