“Kubuntu is a user friendly operating system based on KDE, the K Desktop Environment. With a predictable 6 month release cycle and part of the Ubuntu project, Kubuntu is the GNU/Linux distribution for everyone.”

As you all know, I run Gentoo Linux at home on my AMD64 box and, after some months of tweaking, I can say I’m very very satisfied.

For some weeks now, Christina has been telling me to replace the Windoze 2000 she use at work with Linux. I decided to download the x86 ISO of Ubuntu as I didn’t want to install Gentoo on Christina’s computer as that took too much time. As I was using Jigdo, the Jigsaw Download[er], I had no trouble incrementally downloading the AMD64 ISO image of Kubuntu which I quickly installed on my home computer just to have a look. 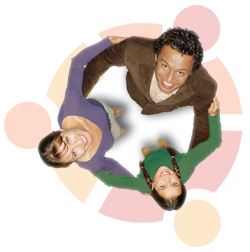 To summarise, I’m impressed even though there are 1-2 small niggles I don’t like:

Nevertheless, Kubuntu and Ubuntu have a lot of potential. Worth a nice 8/10 I would say…