My latest album, So Logical, is finally online. Please download the tracks and feel free to comment. 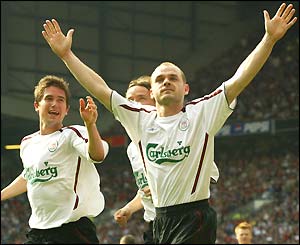 Liverpool has beaten ManUre once more. The score was 1-0 with Danny Murphy scoring from the penalty spot.

ManUre is sooooo crap sometimes. And the ManUre fans in the stadium sooooooo dumb… especially the lady who was wrestling with her camera without realising that the lens cap was still on (have you seen that on TV?) :-)

(Photo courtesy of the BBC) 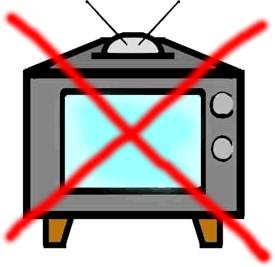 While reading an article on peer to peer networks, I’ve realised that, if we don’t take care, the Internet will quickly transform itself into a huge TV. Telecom Plus is planning to deploy that service in Mauritius by the end of 2004.

At first, this looks like a very good idea but then you realise there are a number of (flagrant) shotcomings :

(1) The Internet which is today a read-write medium (meaning that you can browse websites but also create your own website for example) will transform itself into a read-only medium controlled by big majors. Ordinary people like you and me will only be allowed to consume and pay. Most original content created by ordinaly people will never be accessed…

(2) Watching TV is only a passive activity. Most people tend to watch crap programmes anyway (in Mauritius at least). Having the TV on the computer will imply that most of us will stop using search engines to find (potentially) interresting information but will satisfy ourselves with crap Brazilian soaps. And this will be intellectually detrimental in the long run to the whole population.

(3) The Internet creates communities of people who share common passions. Watching TV is most of the time a solitary activity. Instead of communicating, people will waste time watching adsurd Indian soaps.

To summarise, most of us will have less money, will be less intelligent, more antisocial and will have to watch images of crap quality.

So, I would like to propose that before launcing TV on the Internet in Mauritius, Telecom Plus (and the Mauritian Government who has an enormous responsibility towards the population) rather show people how to use the Internet, explain how to create their own Mauritian content (websites, pictures, music or whatever) and let incomming connections through ADSL pass (that is soooo backward and mentally retarded) so that schools and individuals can easily host their own contents.

Mauritians must become more intelligent… and you can’t do that watching Marimar.