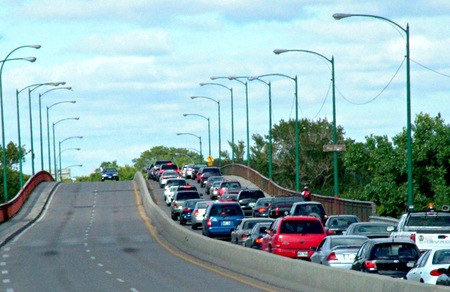 I am happy that the President of the Republic of China will be on official visit in Mauritius next week but I am amazed by the traffic arrangements decided by the Mauritian police:

I am 100% in favour of having special arrangements when a President visits the country. For instance, I agree about removing the speed breakers along the Palma road towards Flic-en-Flac as a Presidental delegation needs to travel at constant speed for security reasons.

What I find ridiculous though is penalising hundred of thousands of Mauritius on their way to work and back home. Helicopters should have been used (at least for the President himself — his “servants” would then have followed in a less penalising fashion.)

I predict massive traffic jams on Monday and Tuesday. Stay at home if possible. Leave your car at home at least. Damn!

Use the default Android sharing mechanism with the Brave browser