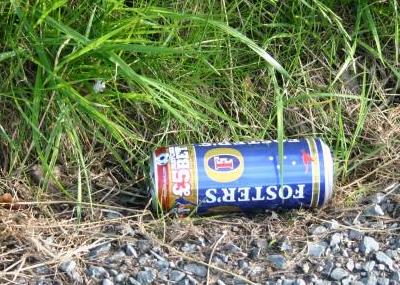 The other day, I got an email from one of my ex-students, Shailen Sobhee, kindly asking me to spend some time writing a blog entry on pollution in Mauritius. Shailen is especially concerned about pollution done by buses and he has posted this video and that one on YouTube to illustrate the problem.

I agree with Shailen. Everyday, I can see buses with incorrectly tuned engines giving out lot of black smoke… and this is especially true when the bus is old. It seems to me (and I can of course be wrong) that fitness certificates are being issued by the the National Transport Authority even though these old buses are not in conformity with health and safety standards… (This is supposed to be sarcastic.)

What pisses me off more than an old bus throwing out fumes is when parents allow their kids to throw things from the car window.

Mauritius is a beautiful country… sometimes. But, in general, Mauritius is not very clean. You can find cigarettes, plastic bags, cans of beer, mobile phone cards, etc. mostly on every street and pavement. And, most of the time, people don’t really realise they are polluting when they throw out something on the street… because their parents did not tell them that this is pollution.

And this brings us to my rant for today: the pollution of our minds.

Paul Graham, one of my gurus, writes in one of his latest essays, After Credentials:

History suggests that, all other things being equal, a society prospers in proportion to its ability to prevent parents from influencing their children’s success directly. It’s a fine thing for parents to help their children indirectly—for example, by helping them to become smarter or more disciplined, which then makes them more successful. The problem comes when parents use direct methods: when they are able to use their own wealth or power as a substitute for their children’s qualities.

See that? Instead of having smarter or disciplined kids, some parents, for lack of a better word, buy a position for their kids lacking natural qualities. I can even say that this is the fundamental characteristic of what we call the establishment here in Mauritius. And this easily explains all the problems we’re having: those who decide lack natural qualities.

And, mind you, I am not only talking of those fils-à-papa who pollute our national political scene.

What Mauritius can learn from the USA