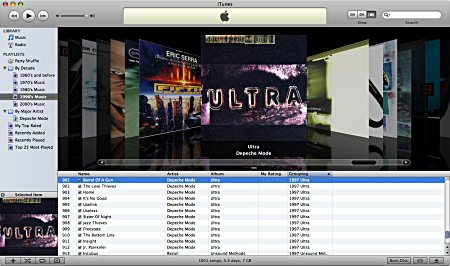 I love Coverflow. I was using it before when it was still a standalone app. And I’m using it more and more now that it is integrated into iTunes 7.

I tend to browse my albums by year but I’ve noticed something fishy. Basically, when you sort your tracks in iTunes by year, it does a secondary sort by artist name. This is fine for normal albums but really crap for compilations. For example, this is what I get by sorting by year:

Notice that the compilation albums ‘Made in England’ and ‘Made in England 2′ have songs (namely Why and Wot) before The Chemical Brothers’ album and some songs after (Should I Stay Or Should I Go et al.)

And, as expected, when you use the Coverflow view, the compilation albums appear many times instead of only once. For example, ‘Made in England’ would appear both before and after ‘Exit Planet Dust’.

The solution is easy: sort by year then by album name!

Unfortunately, iTunes cannot do this directly… but only indirectly. Here’s the secret: 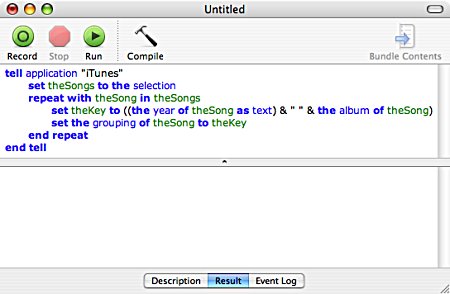 Thanks to codepoet for inspiration. Disclaimer: Backup your songs if you are not confident enough.

My own DJ at home: Genius Mix

Microsoft says we should not teach PowerPoint