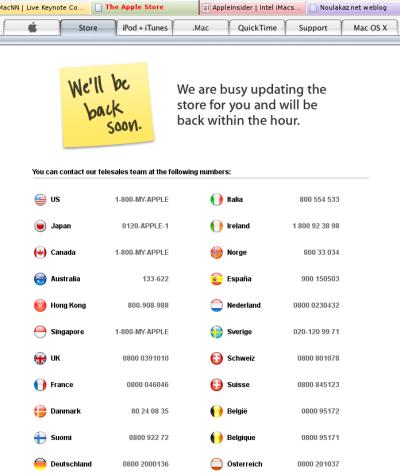 The Apple Store is being updated at this moment. This means that our friend Steve Jobs will be announcing new products very shortly in his keynote address at the Macworld Conference taking place at this very moment. Latest rumours indicate that Steve will launch the new Intel-based Powerbook laptops together with Intel-based iMacs. You can follow what’s happening live thanks to our friends at MacNN.

This is history in the making!

As from now, Christina and I will regularly blog about the movies we’re planning to watch mostly on Satellite TV. Here are today’s picks:

I'm not happy with Depeche Mode

On being a Linux or Mac evangelist