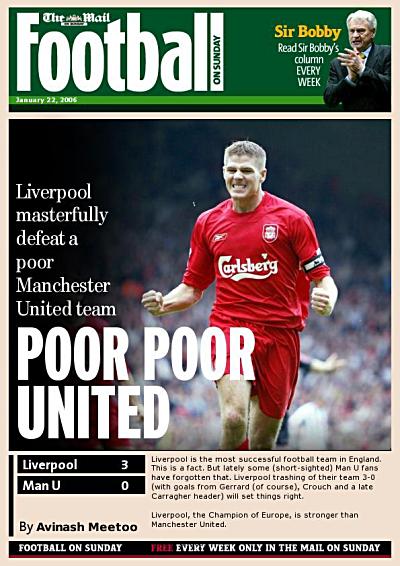 … with goals from Gerrard, Crouch and Carragher!

Liverpool, Champion of Europe, is so much better than Manchester United ;-)

Manchester has won by 1-0 with a 90″ goal by Rio Ferdinand. Liverpool was not at its best today. Cisse missed some golden opportunities. I think that we need to buy a much better striker. Rome was not built in a day…

Depeche Mode over the years

My Apple MacBook is faulty!