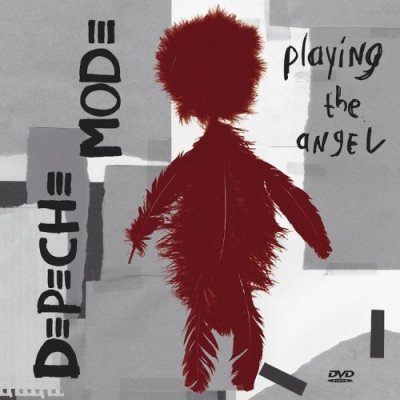 For those who don’t know, I am a die-hard fan of Depeche Mode. I have all their albums. And many singles. And books etc. etc.

Depeche Mode is IMHO the best music band in existence. Their music is fantastic and the lyrics are very evocative for me…

As read on allmusic, “[o]riginally a product of Britain’s new romantic movement, Depeche Mode went on to become the quintessential electro-pop band of the 1980s; one of the first acts to establish a musical identity based completely around the use of synthesizers, the group began their existence as a bouncy dance-pop outfit but gradually developed a darker, more dramatic sound which ultimately positioned them as one of the most successful alternative bands of their era.”

Their new album, Playing the Angel, was released on the 18th of October and I’ve been patiently waiting for it to become available in Mauritius even though my brother had downloaded the tracks from some dubious MP3 sites one day after the launch.

By the way, I’ve bought the Limited Edition album comprising:

Here is the track listing:

Everyone has been raving about this album and now I understand why. In short, all the songs are fantastic. Listen to the album at least twice (like most Depeche Mode albums, it gets better and better and better with time). Read the lyrics while listening. You will be impressed by the songwriting!

Playing the Angel is a revelation!

How to make Coverflow perfect (IMHO) in iTunes 7