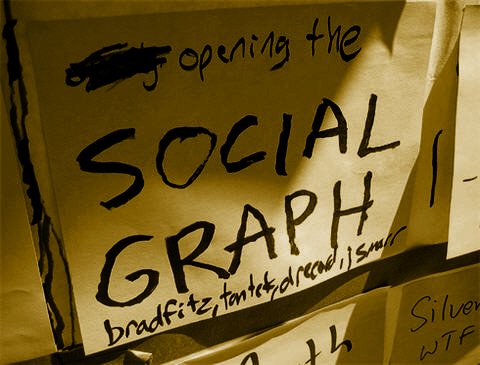 Google will today (Thursday) launch the OpenSocial API which is an application programming interface (i.e. a list of functions) that a number of social networking websites and plugin writers will comply to.

Techcrunch was the first to reveal the details but, basically, OpenSocial will cover (I quote the Techcrunch article):

Notably missing are Facebook and MySpace (which will therefore not be compliant with the OpenSocial API – for the time being, at least.)

Following Microsoft’s flirt with Facebook, Google is trying to be more present in the social networking “business” (which is massively massive!)

The consequence will be a number of different social networking ecosystems (e.g. Friendster and LinkedIn with their extremely different fauna) working seamlessly together fighting against Facebook and MySpace.

Seems to me that Google is really trying hard to control The Long Tail of the social networking phenomenon i.e. neither the kids nor the geeks.

I personally use a number of social networking systems and I would be happy to make them interoperate. Google has proposed an API. For once, it does not seem that they want outright control of the data being exchanged. But what will be Google’s next step?

I’ve been interviewed by Google…