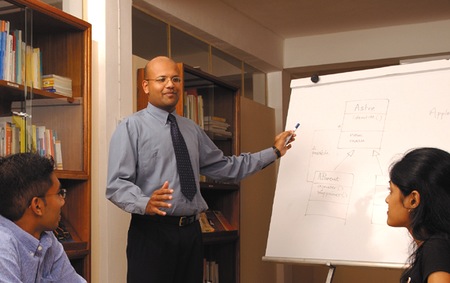 I am happy to tell you that my company, Knowledge Seven Ltd, is organising two Linux training courses in the coming weeks. Check this blog entry for more info:

After all the economic and social problems we had in 2008, I believe that:

People in Mauritius, as unfortunate victims of our education system, generally tend to think on a small scale. People here generally are not very confident in their own abilities and qualities. People here often are reluctant to innovate because of ki lot la pou dire. People still have this mentalité colonialiste here where we’ll do everything to prevent a fellow Mauritian doing things while, at the same time, revering any Tom and Jack however stupid he may be provided (i) he comes from abroad and (ii) he is white.

This has to change.

We have to start to think big. It’s time to understand that we are intelligent and can change things. It’s time for each of us to have an opinion and not be afraid to voice it… however strange it may be. Could you have imagined something stranger than someone with the middle name of Hussein becoming President of the USA? No? Me neither. But this is what is happening this month. So don’t hesitate to have strange ideas. History shows that people with strange ideas change the world. We need people with strange ideas to change Mauritius.