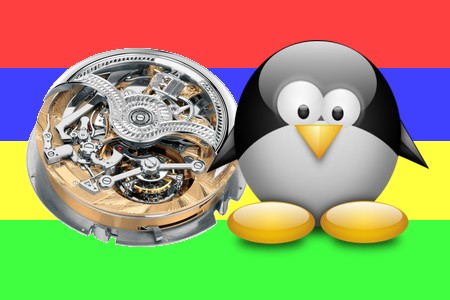 As you all know, Daylight Saving Time is being implemented in Mauritius as from this Sunday 26 October 2008 at 02:00. The exact rules are

(obtained from the timezone database as used in GNU/Linux, FreeBSD, NetBSD, OpenBSD, Cygwin, DJGPP, AIX, Mac OS X, OpenVMS, Oracle Database, Solaris, Tru64, and UnixWare — everything important except Windows in fact. Read this if you’re still using that bizarre OS. Thanks to Swadesh Bucktowar of DCDM Consulting for that.)

The rules mean that:

In more geekish words, here is what will happen:

The important word here is updated. If your system has not been updated for ages, then don’t expect the time to change by itself. You’ll have to do it manually.

I can confirm as of today 17 October 2008 that the following fully updated Linux distributions will switch to Mauritian Daylight Saving Time correctly and automatically:

On the other hand, the following Linux distributions use an old version of tzdata which knows nothing of the Mauritian’s Government decision and the date and time will have to be adjusted manually (or, better, by replacing the old timezone database by a more recent one):

(I’ve not checked for other distributions. Can someone please tell me about SuSE as I know this distribution is being used by some corporate users here?)

It’s nice to know that the time will automatically change on Sunday but what about transactions occurring at that time? For example, let’s say someone uses an ATM at 01:59:58 on Sunday and this is normally what should have happened (let’s assume that this is done in one transaction containing two SQL statements with a 4 seconds time interval between them):

But now, with this Daylight Saving Time thing, this is what will happen:

Hardly problematic. But what about March 2009? The same transaction will occur thus:

We’ll go back in time!

Will this work? Well, one can argue that systems developed in the US or in Europe surely take this in account (by recording everything using GMT maybe.) But what about systems developed in Mauritius where this eventuality was not thought of? Maybe we’ll have to modify them. Or maybe the best thing to do, as pointed out by Swadesh when I talked to him today, is simply to disallow all transactions from 01:59:00 to the new 02:00:00 (i.e. for one hour) if this is possible, of course.